Emergency actions in the face of the war in Ukraine 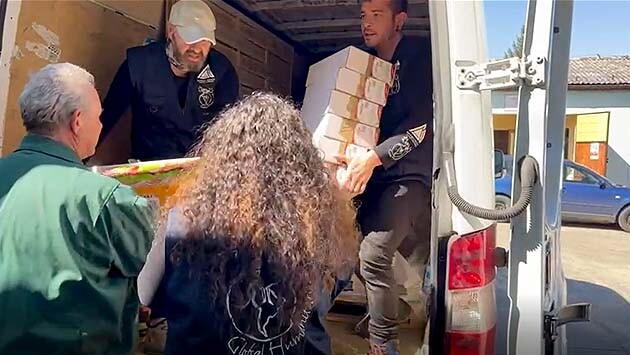 The emergency situation prompted us to organize several humanitarian aid expeditions. On the first of these trips, in March, we were able to deliver food to the school in Zytomyrska Brusyliv, in the vicinity of Kiev. Subsequently, we carried out similar actions at Zhytomyr Secondary School 19, in whose bunker the pupils were sheltering from Russian attacks, and at the Dorohusk refugee center on the Polish border.

We also managed to carry out three shipments of medicines and medical supplies, which were distributed in some of the areas most affected by the conflict. In addition to this action, we are planning to send, at the request of the Ukrainian Consulate in Barcelona, a medicalized ambulance to transport the wounded and sick in areas where many of the existing health infrastructures have been destroyed.

In addition to actions in Ukraine and the Polish border, Global Humanitaria has developed an aid program to meet the needs of some of the more than 100,000 Ukrainian refugees who have arrived in Spain. Thus, in Vilafranca del Penedès, (Barcelona) we have implemented Spanish language courses to facilitate the integration of the new arrivals.

The evolution of the conflict is yet to be determined, but we continue to work to assist the victims of this war. Among the projects planned is the creation and equipping of permanent kitchens in some of the areas most affected by the conflict.