The Kafanadougou School Canteen is Underway 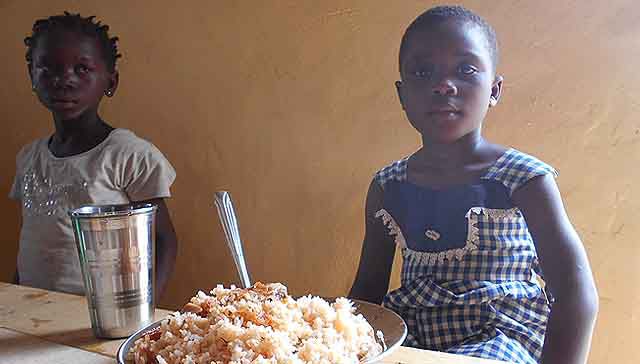 In Kafanadougou, the new school canteen was just waiting for the classes to start for its inauguration, and we’ve just done so. Last Tuesday, 160 schoolchildren from the center were able to use the canteen, whose aim is nutritional enhancement for children and support for their continued school attendance.

According to nutritional surveys carried out by UNICEF in 2006, approximately 34% of children in Côte d’Ivoire suffered from chronic malnutrition with stunted growth. The already precarious situation further worsened in the aftermath of the post-election riots that broke out in November 2010, resulting in around 3,000 victims and one million displaced individuals.

In rural areas, malnutrition is driven by inadequate diet, limited access to water, and lack of medical services. The absence of institutional support against a backdrop of greater food insecurity and the general conditions of poverty all contribute to the worsened problem.

Throughout the country, classes have been resuming since mid-May, despite the fact that most schools in rural areas do not have the means to comply with regulations in relation to hygiene and social distancing, as well as the use of masks.